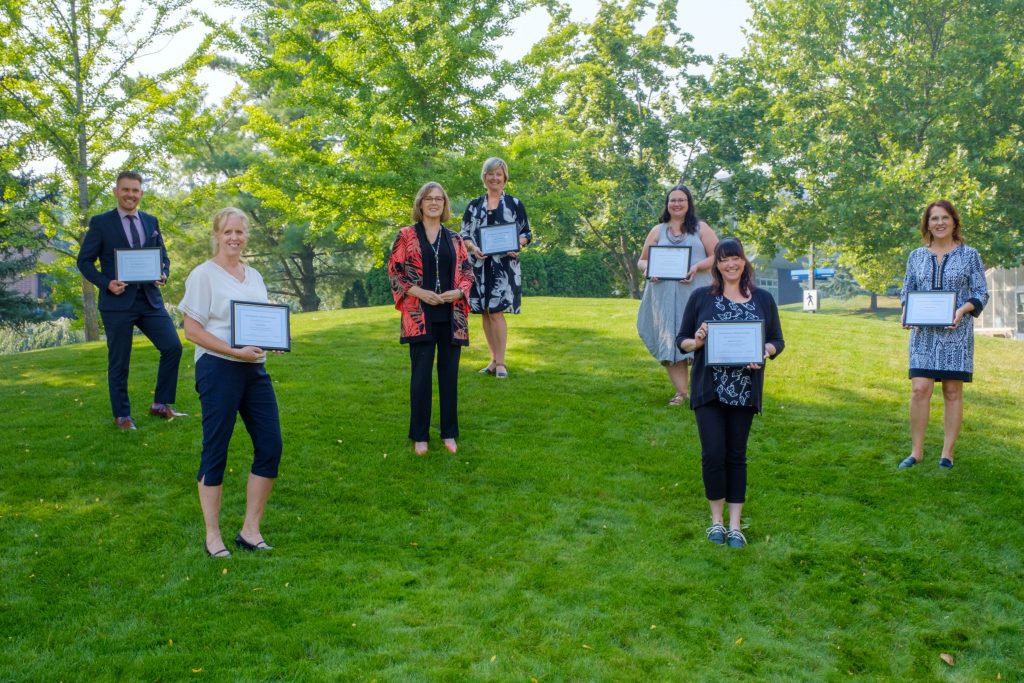 Every year, UBC Okanagan awards five staff members the Staff Awards of Excellence with each winner taking home a personalized certificate and $2,000. This year, a team prize was added to the roster and provided the winning team $5,000 in prize money to share among its members.

The Awards Committee received a record number of nominations in 2020, nearly double that of any previous year and totalling an impressive 36 nomination packages.

While all of the nominations were worthy of an award, according to Gill Henderson, Executive Director of UBCO Human Resources, the awards committee had the unenviable task of selecting just five. Those five—Jenny Janok (customer service), Philipp Reichert (global citizenship), Alanna Vernon (leadership), Nancy Adams (leadership) and the School of Nursing lab team (campus spirit)—were awarded their prizes virtually during the DVC Town Hall on September 3, 2020.

During the ceremony, Henderson pointed out that this number of nominations is a testament to both the incredible dedication of our staff and the important role that recognition holds at UBCO. She also thanked everyone for their contributions in nominating staff and encouraged all staff and faculty to continue doing so.

A video celebrating the outstanding qualities and achievements of these staff members can be viewed below.

Posted in Uncategorized | Leave a response

Comments are closed, but trackbacks and pingbacks are open.